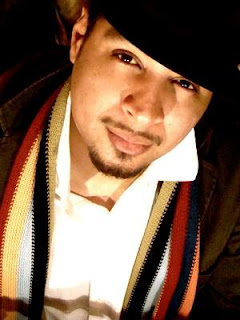 Myka Nyne of the Freestyle Fellowship has a recording career that stretches back clear to the 1980’s and a reputation which pre-dates most hiphoppers with records out today. Mr. 9 and his associates held class at Leimert Park, while the world took notes as they redefined the term “freestyle” for the entire hip hop community. His new solo album “Citrus Sessions” is out now and Myka has offered the work in its entirety for free download on his website http://www.mykanyne.com. The song Viles featuring P.E.A.C.E. has been making the rounds through the underground and burning holes in speakers, demonstrating that true masters don’t age, they simply improve. We had a rare chance to dialogue with the elusive Myka as he dispels rumors about his past and illuminates his present and future.

Freestyle Fellowship’s magnum-opus, Inner City Griots is beyond ghetto-gold status. Plus, Myka did some ghostwriting for one of the most legendary groups of all time. This is not a career to be sympathized, but rather a glorious career of West Coast Hip-Hop survival, the old fashioned way.

Gentle Jones: Thank you for taking time out of your schedule to speak with me. How is life treating you?

Myka Nyne: Wow! It seems like these days I’m treating myself to life!

GJ: How about the music industry?

M9: Business-wise, I still orbit the outer peripheral; Yet artistically I’ve got the buzz of life!

GJ: Some people feel that right now you might be the best out there doing it.

M9: Thank you! All of these performing entities captivate us in one way or another, so how could I take the credit for where our creative sparks fly from? Guess I’m more concerned with song titles!

GJ: Combining the sales from all the Freestyle Fellowship albums, your appearances on solo albums, and compilations, about how many total units moved would you say that your work appears on?

GJ: Which particular album moved the most units?

M9: Innercity Griots is still moving! How? I don't know, yet I give thanks! 70k soundscan, plus another 70k show sales, downloads, etc…

GJ: How long did it take you to write and record "Citrus Sessions"?

M9: Not long at all! Two weeks of tracking, mixing, and mastering time!

GJ: So why are you giving this album away for free on your website?

M9: When I consider how much the fans have done for me, why not give them something back? True, a person has been illegally selling my album (for the last six months) without a contract or my permission, as I offer it for free (now) since I just found out about it. But not in spite or anger do I act only in respect for the music, not the money!

GJ: In 2002 you were quoted in an interview as saying "I'm not in Freestyle Fellowship any more," Is this still the case?

M9: Never was! That was a misquote! FF for life! Besides what would those guys do without their beloved mykeewykee!

GJ: Will there be another Haiku ‘De Tat?

GJ: Why have you changed the spelling of your stage name from the early days?

M9: To confuse the market place, limit potential exposure to more fans, sales, and basically create an eccentric interest point about myself! I do it to keep track of different projects in a way that represents where I was when I did them. To boldly defy convention! I think. I’m a growing B-Boy!

GJ: I think it’s fair to say at this point that you have solidified a spot in history as a hip hop legend, however mainstream visibility seems elusive. When you craft a new album do you make an effort to re-introduce yourself to the audience at large?

M9: Thank you! I want to share with people the ideas I’ve been putting together so I view projects as updates! Or capsules! Or infinite time stamps! Or finite attempts at profundity!

GJ: What instruments can you play?

M9: I sight read none so far proficiently yet I can slowly work out standards on the trumpet with a good tone and aumberture, lay down nice chords and solo a little on the keys, keep time on drums to play a set, maybe catch a whole tone on a flute, pick at the strings on the bass or guitar, enough to record a part here and there, some congas, darbukas, zills, whateves, just sheddin! My whistle skill is the most accomplished!!

GJ: Do you write the lyrics before or after you hear the track?

GJ: Why haven't you dropped a beef record against the most popular rapper and grabbed a bit of that spotlight in the same way a lot of the Top 40 rappers seem to be doing?

M9: Because I battle for real not for physical conflict or monetary gain I come for the glory of the B-Boy Kingdom! I serve MC's by exorcising the wackness out of them! When they are liberated great gratitude is shown! A very humbling experience! Plus entities don't serve each other they just go round for round with no clear superior! Some rappers are hot in the cyphe written, frees, whateves, even projection, but the crowd combined with real heads and ultimately you yourself may or may not choose your battle wisely and end up acquiescing as pure Myka 9 love-carnage! I use my power for good!

GJ: There's a story that's been going around for years that Eazy E gave the dudes from Bone Thugs n Harmony a FF tape (with the "Mary" tune) and he instructed them to use it as a blueprint for their style, is there any truth to this?

M9: No, not that I know of. Unless I left some music in his car. R.I.P. He brought them to the Good Life with Tim (Uneek) and I played him our stuff at Earle’s hotdog stand and in his SUV. We shared what we were working with on occasion. He was also into the ghost writing thing, like what I did on the very first NWA album!

M9: Yeah, I wrote two tracks off NWA and the Posse, my name M. Troy is listed in the liner notes. I should be getting publishing off the record but I don’t know if the statute of limitations is up on that or what! (laughs)

GJ: Does your family appreciate your accomplishments?

M9: They have no idea how far reaching this movement is that we've created! My son likes rock and ska, that’s cool but he only got like eight bars to flow! And my daughter probably thinks I fell off since I’m not in any main stream videos or front page publications! Ladies, I’m single by the way!

GJ: What was the first song you listened to as a child that made you say "This is my favorite song"?

M9: A song my mom sang for me! Others were Bootzilla Funkadelic or something in the seventies like "Pull my string I’ll dance and sing and play for you" Dr. Funkenstein, oh, no, it was War, yes, War, no Marvin Gaye, yes sir "I want to go out and party" Quincy Jones, Stomp! Or was it that Kano record I bought "We came into the world not knowing what to do"? Hmm… Electric Kingdom Jonzun Crew, oh Kraftwerk stuff like Trans no numbers! Sugarhill Gang Afrika Bambaataa Planet Rock, Stray Cats, Madness, the Specials Run DMC, LL Cool Jay "I need a Beat", Slick Rick, and Dougie Fresh "the show", oldies Steel Pulse, Musical Youth! MJ!

M9: Don’t work don't eat! I am the sole proprietor of my establishment, a self-made hundredaire!

GJ: Do you sell drugs?

GJ: Do you consider yourself a religious person?

M9: Yes! I also believe almost anything I do can be considered a meditation when I put love into it!

GJ: When was the last time you attended a church service?

M9: This Sunday that just passed. We view it more as a spiritual center, it is called Agape!

GJ: When was the last time you rode a skateboard?

M9: I was on my room mate's deck about two days ago doin’ 360's and drunken style kick flips! Nice!

GJ: I have a recording of an old freestyle session you did on the radio with Wu-Tang on Bobbito's show (if my memory serves me correctly). How did that come about?

M9: Satellite link up with two radio stations full of living, breathing B-Boy characters kickin’ recorded writtens and frees in a battle format for the pleasure of the jocks, the fans, and ourselves! West coast to east coast goin’ at it! Historical! Gotta love those guys! Word power in the rhyme world! Verbal aggression displayed young brothers jumping around like it's the Super Bowl! Common was there too come to think of it! Electric!

GJ: Had you met any of them Wu tang cats before? Had any of them heard your recordings prior to the session?

M9: Like Gza (Genius), I had a prior career to the crew. I was Microphone Mike and had releases on Arista (with Carmen Carter) and Mango (with Bob Marley’s Wailers) even before that with a record for Jesse Jackson when he ran for president! Anyway I met some of ‘em back in NY when they first got that EPS key board and was Protecting Ya Neck and we already had Too Whom it May Concern out getting’ down with island for Innercity Griots. Even Onyx and Leaders, it seemed like everybody was bumping into each other, coming in and out of radio stations, shows, or in the parks. Mad love east coast and west coast from seminars to conventions! On thru the years to green room chess matches at Vibe TV to who got the chronic, yo! Gravediggas to Sunz of man (zup Prodigal!) Red, Meth at key club Cali, my boy Jo’s studio who got the kush yo! This hip hop is respected and most true heads don’t over floss or act obnoxious or unruly, very classy established entities that walk like icons! (zup KRS!) Yeah and Rza helped me blow up the Roxy in NY for a fully packed house that erupted into volcanic convulsions when I hit the stage backed by the Roots... disgusting! Gotta love ‘em!

GJ: What’s up with Daddy Kev and do you have any plans of working with him, O.D., or any particular producers in the future?

M9: Yes of course now it would be of mutual consent if the fans were to hear any of it but artistically we would all continue to get something positive out of working more together! It’s all love!

GJ: How did you hook up with Josh One? Is there a full LP in the works him as the sole producer?

M9: Yes we talked it over last week so look out for that heatball! We met back in the day at God Help Me studios, I think.

GJ: What are your plans for touring at this point in time?

M9: One offs till May, then I go over seas to tour with Ab and Medusa!

Gentle Jones can be contacted at www.gentlejones.com
Email Post