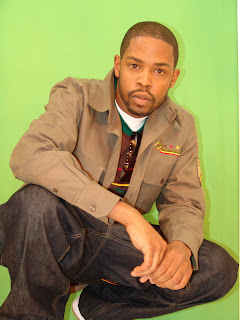 S.H.A.H. Cypha is a Brooklyn transplant who moved to Delaware in the late nineties with his family to find a better life. What they found were greener pastures as well as inspiration for S.H.A.H.’s burgeoning rap career. After a recently released solo album S.H.A.H. has been lighting up our local venues as well as hotspots up and down the east coast. Now he’s ready to share his story with his fellows in New Castle County while he looks to the future.

How did you end up in Delaware?
When my parents & I were living in New York my mother would always talk about how she wanted a house and finally wanted to get out of the apartment we were living in, in Brooklyn. As a child I would always ask my parents when we were going to finally get a house and one day J.P Morgan which is her employer offered to transfer her to their Delaware location which my mother saw it as an opportunity to get what we finally wanted a house and better living arrangements. This was back in 1999 and I was still in the last 6 months of high school so once I graduated I finally moved down with my father because it took him about 6 months to get a transfer from his employer A.I.G.

What do you think sets Delaware’s music scene apart from other areas?
I think other Areas already have established their position in the music scene like New York, New Jersey, Philadelphia, Baltimore as well as Atlanta and the whole south movement. L.A is also in that category of establishing a music scene. What sets Delaware apart is that there is a lot of talent that is undiscovered, that people may or may not know about. Delaware artist represent hard for their state verses N.Y where, artist rep their borough instead of the state itself.

What does your name mean?
S.H.A.H CYPHA I came up with when I was in high school. To break it down some Cypha was given to me in a high school battle where a person by the name of Shane had friends that wanted to battle me and when he introduced me he would call me Cyphus so I took the name and created Cypha. I then wanted to make a meaning out of it and that’s when I came out with S.H.A.H. My meaning for it is I must Stay Hot and Always go Hard at any Cypha I do whether it’s writing a song, doing a show, battling in the streets, if it has to do with music then that’s how I have to approach it.

When did you start writing and recording?

I started writing when I was in 7th grade back in 92, 93 where most if not all my songs sounded like the Method Man Tical album. Since that was my first official explicit album I would tune out his words on each song and begin to write my own songs or at least my own version of those songs, which I still have to this day. I didn’t start recording any songs until I came out to Delaware in 99. My first official mix tape was called “I must be heard” and which I put out at least 14 songs and ever since then I’ve been recording songs and releasing projects.

What type of lyricists do you look up to?
Method Man which is the reason why I started writing in the first place, Notorious B.I.G (even though he is no longer with us) was a big influence, especially being from the same hood, and the reason why I continue to do music till this day. Jay-Z, which I’m also a fan of (another Brooklyn native), Run DMC, Nas, & Rakim. These are lyricist who made you stop and listen, who drew a crowd, who represented their craft harder than their competition so I take that and create who and what you see today.

In your opinion what direction is hip-hop taking in the future?
To be honest with you I think Hip-Hop is becoming more like a business instead of music. Granted that you can make a lot of money from hip-hop and there is a lot of love for the craft displayed in the majority of the artist out, but everyone sounds the same and the only thing that is talked about is money & what superhero you want to make a dance out of. Very few are saying anything in their songs, but mixed down correctly it becomes a hit. I can’t say it’s going in the right direction or the wrong direction because people are still making money but I can say very few are making real music.

So is the music industry dead?
No, the Music industry is pretty much alive but the problem is it’s uniformed. You have majority of the labels making the same music as each other, doing the same dances, using recycled beats. Again you do have artist out there making some serious noise and changing the game in a positive way, like Ludacris, Plies, Rick Ross, Young Jeezy, Kanye West & others I wouldn’t mind doing a song with. The industry as a whole is grimy, & money hungry and will do anything to you to get what they want even if it kills you.

Didn’t you just finish up an album? What went into that?
Yes I just released an album called “All or Nothing” which can be purchased at Sam’s Music connection in the Fox Run shopping center, One Stop Hip Hop Shop on Market St in Wilmington & Wonderland records on Main St as well as MySpace/shahcypha and www.shahcypha.com. I basically give you 16 original tracks that are made for everyone, the hood, clubs, kids, people who like stories, people who know hip-hop. I give you a free ringtone of one of my singles called Hood Homeboyyy and access to S.H.A.H Cypha as a person. The album is called All or Nothing because that’s how I motivated myself, I’m a father and that means I have to do everything in my power to make sure my kids are taken care of and have what they need to survive in this world. All or Nothing is my lifestyle, my focus, my responsibility, the way I present myself, my music. Everything that I can possibly give went into that album.

What do you feel are the challenges you face as an artist in Delaware?
Well I’m a Brooklyn born Native trying to push my music in a place where people still ask me if it’s a state or part of Philadelphia. So it’s going to be hard to be heard in Delaware but I like my odds, I like the situation I’m in now & wouldn’t trade it for anything. I have the opportunity to make people outside of Delaware recognize the First State, and actually see the talent that was born and raised here. I can no longer just represent N.Y I’ve been here long enough to say I also represent Delaware. www.delawarehiphop.com/shahcypha

Which Delaware artists have you heard before and what is your opinion of their style?
I’ve heard Nick Boots which his style and flow is serious in my opinion and someone you want to pay attention to. I’ve heard Baladon Records which styles are very different but together are a good look for hip hop in general. T-Rex & the whole 3rd world family have a buzz of their own that is crazy and have hot artist on their roster as well as the Whole Crazy 88 crew which have a lot of artist and producers that are taking Delaware to a different level. Casino & C.H.A.S.E even though they are not from Delaware like me they now reside in Delaware and are hot artist doing big things as well. They are a lot of artist in Delaware I’ve heard but those are the artist I’ve seen perform and heard their music the most. Even though good music is hard to find there is still good music and people waiting for someone to listen to them like myself so when you have the chance, take some time out to listen to these artist because you may hear something you like and the only way to find out is if you listen.

Where are you getting your production from?
My main producer resides in Brooklyn, New York which helped co-produce my album that’s out now, but a lot of my beats come from producers from Cali, Ohio, N.Y, Maine, Connecticut, even overseas in London. If I feel you have a hot beat it’s a must that I write a song to it.

How critical has the internet been in getting your sound out to the people?
The internet is very critical because it puts my music in the hands of people I can’t see face to face. Until I can travel to the places where I can showcase my talent the internet is my only source of getting my music everywhere. I have my own website that I promote my music on as well as sell my music on. People just don’t buy CD’s anymore they download them from the internet so I have to keep up with the changes and continue to give people what they want.
Email Post